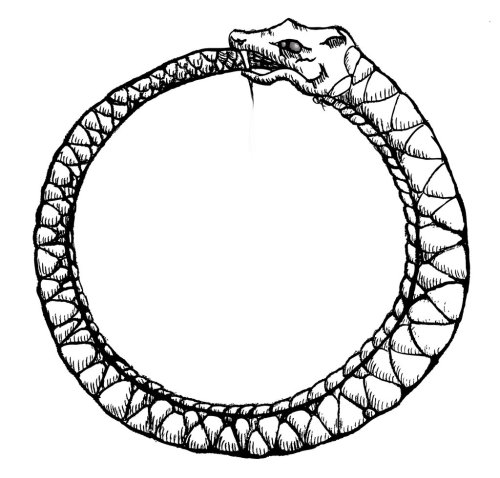 The ouroboros –the image of a snake eating its own tail- spans millennia, faiths, and cultures. While it’s usually associated with cyclicality, birth and rebirth, or infinity, these impressions are not universal.

The Jungian psychologist Erich Neumann suggested the ouroboros depicts the undifferentiated infancy experience of both mankind and the individual child. In some cultures it represents self-destruction and transition –a vicious circle.

It’s a matter of interpretation.

According to the Strata Property Act, the sale of an entire condominium building, the dissolution of the corporation, requires the unanimous consent of the owners.

However, a proposed amendment to the act, currently before the provincial legislature and expected to come into effect by the end of the year, will see that threshold reduced to 80%.

For developers, it’s a toe in the door, a beachhead, just enough to sell the riches of higher density rezones: “The option will likely result in a higher price being paid because the value is in the footprint that can accommodate a 20-storey building, rather than the existing three-storey building.”[1] just enough to seize the advantage of rezoning that allows for higher density, ie. most of Burnaby:

“Most of the action [will] be focused around aging and smaller low-rise condominium projects where it would be easier to get most owners agreed to a sale.”[2] Prime targets include Skytrain corridors and pretty much all of Burnaby.

It’ll be a windfall gain for owners; or, a loss, of friends, neighbours, home.

It’s a matter of interpretation.

You're welcome to leave a reply Cancel reply